Kartemquin Films is among the larger, established nonprofits on this site, but I wanted to feature it because I think they represent an organization that has stayed relevant, true to mission, and responsive throughout its 40+ year history. Kartemquin works with filmmakers to produce documentaries on often radical social issues. They support the production and manage distribution in partnership with the directors. They offer educational, social and professional networking opportunities for the documentary filmmaker community in Chicago. They also advocate on certain policy issues. One of my favorite things they do is prioritize working with filmmakers of color, as they recognize that so many of social change docs are stories about people of color by white males. Where could they improve? The staff is largely white and except for a few notable exceptions, most of the films they produce are directed by white males. They are a 501(c)(3), supported largely by individual donations and grants. 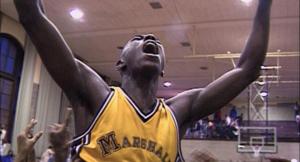 Oh yeah – and they made Hoop Dreams, which, you know, was kind of a big deal growing up.

One thing I noted when perusing their site is a section on Fiscal Sponsorships – it is not in their standard practice to act as an FS for an independent filmmaker, but they do help make connections and will step up if the situation is considered to be mutually beneficial.

Last little mention: there will be a screening of The Trials of Muhammad Ali at the DC JCC on the 16th St NW. Sunday, April 13th, 3:00pm. Anyone want to join me?